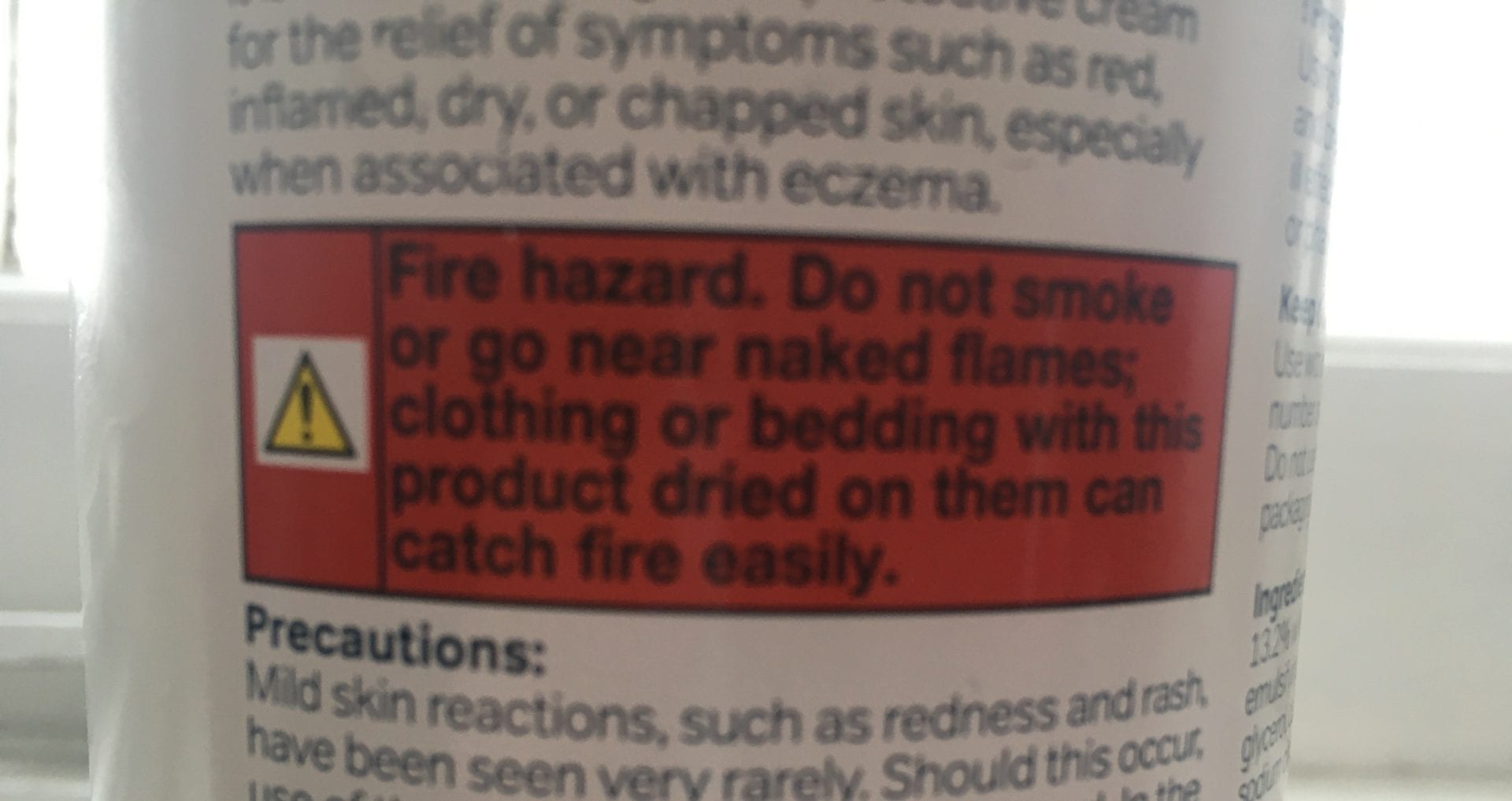 You may have noticed the new fire warning labels that are being added to emollient packaging. The Medicines & Healthcare products Regulatory Agency (MHRA) has introduced the labelling on all emollients, including paraffin- and non-paraffin-based products.

It is important to understand that emollients are not flammable in themselves, or when they are on the skin. But if bedding, clothing and dressings containing dried emollient residue catch fire, they ignite and burn more quickly and intensely. Any dried-on cream is potentially flammable, including expensive moisturisers.

To catch fire, the bedding and clothing with dried emollient residue must come into contact with a naked flame. The risk of catching fire is highest for people who smoke because they routinely use lighters or matches.

People with eczema should not be put off using emollients because of any misunderstanding of risks. Millions of people use emollients safely every day to manage their eczema and have done so for years. Emollients are a vital first-line treatment for eczema, helping repair and protect the skin barrier. The overall risk of emollient-related fire injuries or deaths is extremely low for those who do not come into contact with naked flames or other potentially flammable heat sources. Doctors and nurses must continue prescribing emollients for eczema – the clinical guidance on emollient use has not changed.

The MHRA reported 61 emollient-related fire incidents including deaths between 2000 and 2018, and in many of these the precise role of emollients was unclear. The majority (around 75%) of the emollient-related fires recorded by the MHRA were caused by lighters, while others involved halogen heaters and incense burners. To set this in context, in England over a 12-month period in 2017-18, there were 7,300 reported non-fatal casualties as a result of fires.

Starting late July 2020, the MHRA is running a publicity campaign about the fire risk of skin creams, including emollients. National Eczema Society contributed to this campaign, which includes a hard-hitting video and information leaflets.

The Society urges people to continue using emollients as advised and take suitable precautions as needed. If you use naked flames and other potentially flammable heat sources, take extra care and avoid using them near clothing, bedding or dressings that may have emollient residue. We also recommend that you wash clothing and bedding frequently, as this is likely to reduce residue build-up even if it does not remove residue completely.