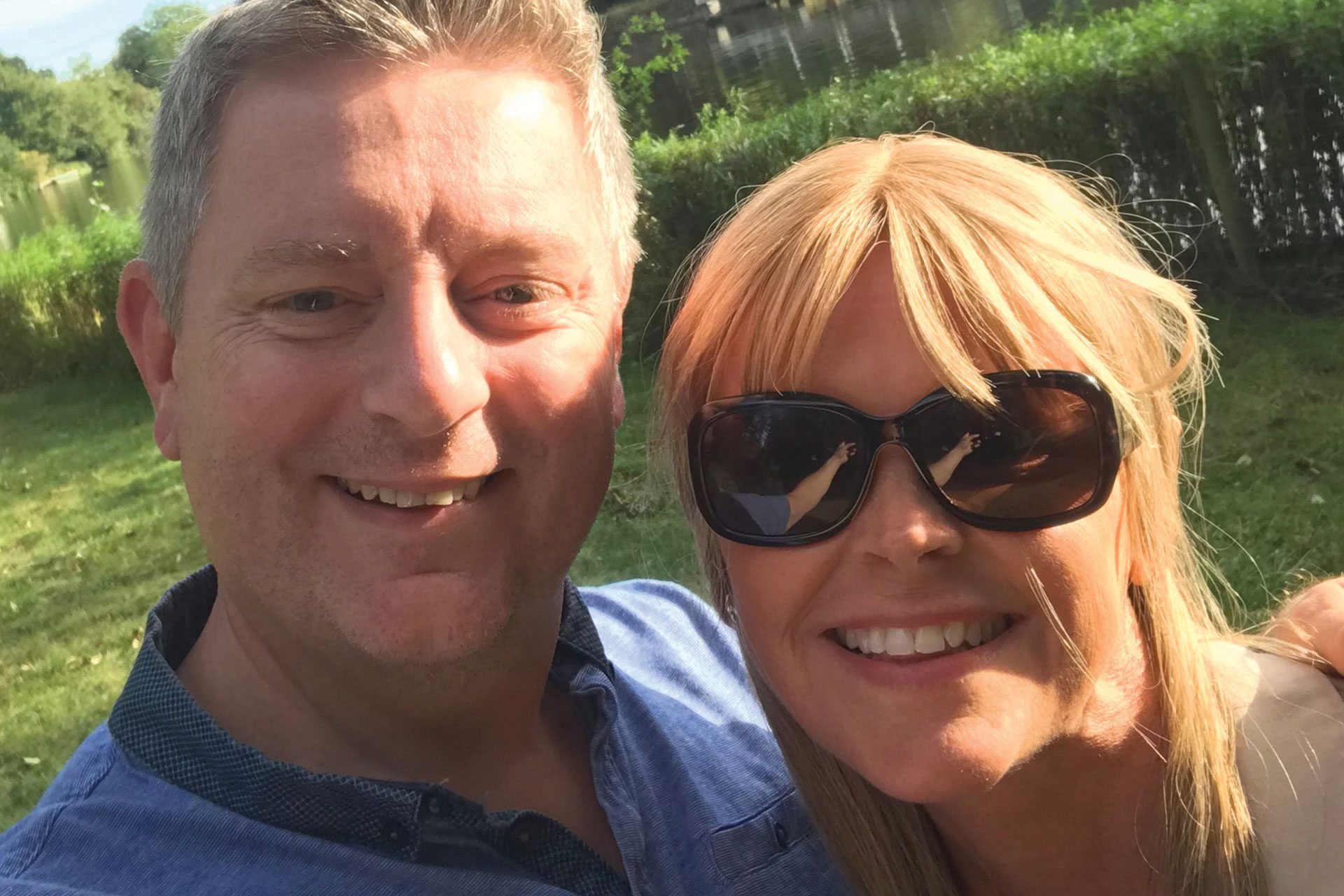 Penny Cloke describes her experience with severe eczema since childhood and her determination to live life to the fullest.

Having eczema is a constant battle and both my brother and I credit our parents with helping us build the inner strength you need to get up every day and face the world, when it can be the last thing you feel like doing.

Mum and Dad’s whole mindset was always that if you really want to do something, you have to find a way to make it happen. Thanks to them, I’ve missed out on very little because of my skin.

I was just two weeks old when I was diagnosed with eczema. I’ve seen the photos from when I was little of me with horrendous skin, but I don’t remember much of that time. However, as a toddler, I can recall using our concrete patio to scratch my feet until the skin was raw, as they were so overwhelmingly dry and itchy.

My parents were told that it wouldn’t happen twice, but 18 months after I arrived, my brother was born, and his eczema was every bit as bad as mine. Having two young children with severe eczema affected their lives enormously. It was a huge challenge to manage, from the practical issues of hoovering up skin flakes and washing blood off our bed linen to having to battle with their own emotions when we screamed as they dressed our infected skin.

Mum is my rock and she gave up work for nearly a decade to look after us. Dad also gave up his job as a greengrocer to become a London cabbie, as it meant he could come home when needed. As a parent, I now know how awful it must have been watching the pair of us suffer and, despite doing everything they possibly could, not finding a treatment that worked.

While most people were nice and just felt sorry for us, we were known locally as ‘the itchy children’ and Mum can remember lots of people commenting on our skin. There was the time on holiday when she was asked if my brother and I had been burned in a fire. Another time, someone said that we had eczema because we weren’t clean. In the summer months, she was told on numerous occasions that we’d been in the sun too long when we hadn’t. You want to believe that society has become more accepting since – but, sadly, people still feel entitled to make such comments.

Despite all of this, though, we had a very happy childhood because our parents had such a positive outlook.

At primary school I managed to go horse riding, despite also being allergic to animals and hay, by taking appropriate precautions. Not only did I absolutely love it, but it felt like such an achievement to be in the saddle.

My daughter has eczema and I find myself saying the same things to her that my dad said to me: ‘It’s a really hard thing to cope with, but, as bad as it is today, tomorrow could be a little better.’

I was also lucky in that my experience of primary school was great. The teachers would let me sit on a chair, rather than the carpet, to prevent a reaction and would let my best friend sit on one too, so that I wasn’t alone. When it got too much for me in the classroom, they would let us move a table outdoors so that I could sit out there with my friends and work.

The fact that they had a full-time school nurse made such a difference. I could go to her whenever I felt uncomfortable or if the teachers recognised I needed help, and she would apply my creams.

My brother and I were both off school a lot though and in and out of hospital. If the eczema was really bad, we’d be kept in, and I remember my brother being put in isolation a number of times as his skin was so badly infected. Towards the end of primary school, I was literally losing my mind because of the condition. Nothing we were doing helped and I just couldn’t cope with it. In the end, I was admitted to Great Ormond Street Hospital (GOSH) and spent three months in a specialist unit.

Crucially, GOSH helped to change my mindset and habits. It wasn’t about trying new treatments: it was about monitoring me to see how I responded to what was happening with my skin and teaching me better ways of managing the situation. They also taught me to apply my own creams and focused on building my independence and confidence. It was a real turning point.

Secondary school was still hard, though, and I was bullied and called names. I found it difficult to make friends – a situation that wasn’t helped by putting me in a form where I didn’t know anybody, rather than with someone who knew my history and would ‘have my back’. There also wasn’t the same level of staff support that I’d had previously and I was very much on my own.

As you grow older, you do learn to manage your eczema better, from finding a cream that works for you to knowing your triggers and pre-empting issues. Obviously, the condition changes over time, though, and if I have a flare up I still find myself saying ‘I wonder if it was that.’

One thing I have learnt is that distraction really helps. When you focus your mind on something else you do stop thinking about how itchy and uncomfortable you are, at least for a while. I think that’s one of the reasons I never had time off work, as I really enjoyed my job and threw myself into it.

I suspect that hormonal changes have played a part too, as once the teenage years were over my skin settled down. The eczema never went away, but for ten years or so I didn’t have too many problems.

When I was pregnant with my first son, that all changed, and my skin went into overdrive.

The past three years have been particularly horrendous and I do wonder whether that’s related in some way to the menopause. Last year I was even hospitalised for three nights – something that hasn’t happened since I was a child.

Because of the deterioration in my own condition, and having been surprised to find that my daughter was being prescribed exactly the same treatments that I’d had as a child in the 1970s, I recently signed up to be part of a research trial for a new eczema drug. I was really excited initially and had high hopes.

However, you had to be off steroids to take part and I strongly believe that I was also put in the placebo group, so my skin wasn’t receiving any treatment at all.

In the end, I had to quit after two months as my body couldn’t cope.

Subsequently, I’ve been moved on to dupilumab and the results have been amazing.

The itch has been massively reduced, I have no inflammation and I can finally sleep soundly. I know it doesn’t work for everyone, though.

I just hope that some of the treatments that are currently being trialled prove to be as effective for others as it has been for me, so that the next generation has far more options available to them.