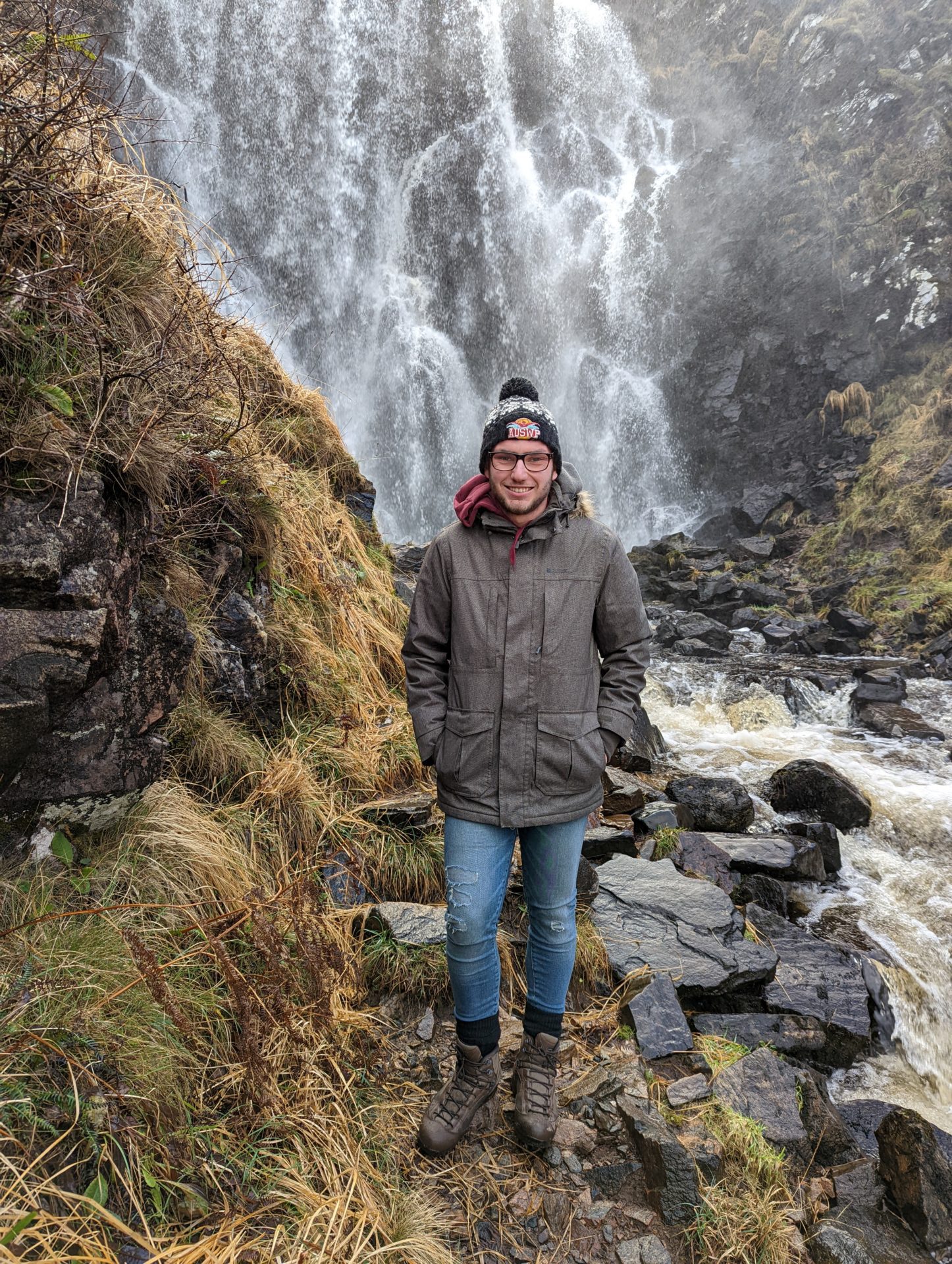 My name is Callum Binner, I’m 22 and I work as a Technology Consultant. I’ve suffered with eczema all of my life and this is my story.

For as long as I can remember I’ve had people tapping me, shouting at me “stop scratching” or any other variation of intervention to get me to stop. And whilst I appreciate their attempts to help me, it’s never as easy as just stopping scratching. There have been times where the itch has just been too much and the temptation so great that – no matter if I wanted to or not – I couldn’t help but scratch. I’d often try to claw my skin off and it would make my eczema worse.

My eczema has ebbed and flowed throughout my life. It was kept under relative control when I was as a child, with my family helping me apply my creams and lotions despite my protestations. As I grew up into my teenage years, the responsibility fell to me to look after my skin and this was often a task I neglected. It felt like such a chore and something I couldn’t be bothered doing. At the time, I didn’t fully understand or appreciate the importance of looking after my skin. I often ignored the warning signs and let it get to a point when doctor intervention was needed, and steroid creams to help calm the mess I’d allowed my skin to become through a mixture of not using emollients and constantly scratching.

The importance of looking after my skin fully caught up with me when I went to university. I started making a concerted effort to stay on top of my skin and look after it. It was during this time though that I really struggled mentally as a result of my eczema. Despite efforts to look after my skin, I often ended up with almost a ‘t-shirt’ shape on my torso from eczema, along with experiencing for the first time facial eczema around my eyes and forehead, which was extremely flaky.

At the time, I’d recently joined the university water polo team so my skin was often exposed when I was in the pool, the redness of the ‘t-shirt’ sometimes exacerbated by the level of chlorine in the pool on a given day. I did get some comments about my skin saying how red it was, but they were more out of concern from my team mates. My ‘t-shirt’ eczema didn’t really affect me as much as the facial eczema did, as I could hide this in day-to-day life.

There was a point when, despite everything I was trying, my facial eczema was so bad that I just didn’t want to go anywhere or do anything. I knew how bad it looked and people made passing comments on the street about the flakes, which would be left behind on clothing and places I had been working from scratching around my eyes when they were irritated. My confidence was non-existent, and I turned down offers to go out to events because of how my skin was and how I felt about it. I just wanted to avoid as much as possible being seen, because of how my face looked and the comments I heard people make, despite this making me miserable at the fact I was missing out.

I was eventually able to get some treatment through my doctor that helped calm my facial eczema, helping it clear up. I was able to get back to going to events, keeping my eczema under control and not getting to the levels that had made me want to hide myself from the world.

This is the first time I’ve ever really spoken about how my skin has affected my mental health and about how I ended up feeling about my skin. At the time, I don’t think I realised just how bad it was, but on reflection I regret not speaking about it sooner. I fell into the stigma of not talking about it “because it’s not something men do” and thought I should just bottle it up and get on with things. I wish I had spoken about it earlier.

If you are reading this, and you’re struggling with your mental health even if it isn’t because of eczema, please don’t bottle it up like I did. Speak to someone, it doesn’t have to be a family member or friend, it can be anyone. There are plenty of support services out there too that offer help and support.

I still suffer from eczema, but have a much better understanding of the need to manage it than when I was a teenager. I’m also better at spotting the triggers that cause me to itch. Stress being a key one. There are still some days where it can still be hard, especially if I’m suffering from a flare up, which can knock me but thankfully they are few and far between now.